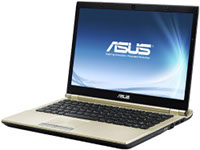 ASUS are due to launch their latest Ultraportable notebook called the U46SV-DH51, which may have rather forgettable name but certainly provide an unforgettable bargain price point with solid specifications and super thin form factor. Packed into it’s Brushed Champagne chassis is a Core i5-2410M processor with the NVIDIA GeForce GT 540M GPU with 4GB RAM providing the graphics juice. The forward display hinge takes it’s design cues from the late Dell Adamo, which is something Dell have now implemented across much of their notebook line. Measuring just 1.08-inches at it’s thickest point and weighing just 4.85 pounds ASUS have built a laptop with an incredibly thin and light design while somehow managing to retain the DVD-drive. In an ever changing mobile PC landscape where the new wave of Ultrabooks are signaling the demise of optical media, this is a welcome edition from ASUS. 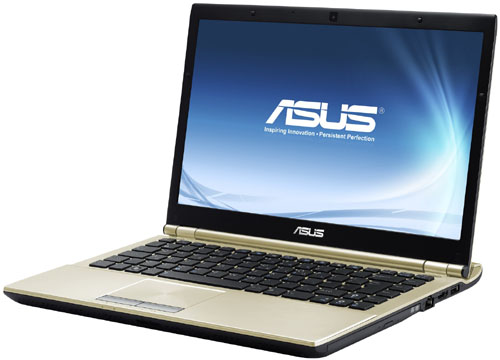 Another noteworthy aspect to this Notebook’s design is it’s efficient use of display space. Crammed inside what appears to be an otherwise unassuming 13.3-inch form factor is a 14-inch display. This increase in screen real estate is attributed to it’s wafer-thin bezel although it is unclear if ASUS are making use of LG’s Shuriken Display Technology to achieve this. The Shuriken Technology first made it’s appearance on the Gateway ID47 Notebook and later on the Acer TravelMate Timeline 8481T. The U46SV-DH51 is available to pre-order now for $879 and will officially start shipping on October 1st.