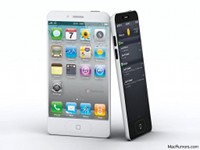 In what can only be described as a tit for tat lawsuit campaign, Samsung Korea have begun a preemptive attack against the launch of Apple’s upcoming 5th generation iPhone. The move comes just 5 months after Apple began legal proceedings against Samsung, claiming that the Korean manufacturer had infringed on the Cupertino giant’s copyright by plagiarizing the iPhone and iPad design cues and implementing them into their own respective smartphone and Tablet devices. It would appear that Apple has plunged the cellular and consumer devices industry into a patent war, which has already seen them win an injunction preventing sale of the Samsung Galaxy Tab 10.1 in Germany and Australia. The Korean Times reported on this story following a statement from one of Samsung’s senior executives.

The report goes on to say that “Just after the arrival of the iPhone 5 here, Samsung plans to take Apple to court here for its violation of Samsung’s wireless technology related patents,” said a senior executive from Samsung Electronics, asking not to be identified. “For as long as Apple does not drop mobile telecommunications functions, it would be impossible for it to sell its i-branded products without using our patents. We will stick to a strong stance against Apple during the lingering legal fights.” The wireless technology patents that Samsung are referring to are not exclusive to the iPhone 5 and are currently being used in Apple’s existing mobile lineup including the iPhone 4, iPad and iPod Touch. The patent wars may only have begun following Google’s recent acquisition of Motorola Mobility, which has seen them add 17,000 patents to their portfolio.