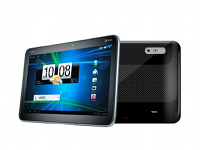 Is it time to add another higher Tier to the premium-end Tablet Market segment? With the launch of HTC’s new 10.1-inch Jetstream the answer might well be ‘yes’. The standout differentiating feature over another premium Tablet like the iPad 2 is the Jetstream’s LTE 4G functionality thanks to AT&T in the United States. As a result of this high speed wireless technology the price for the entry-level model is a shocking $849 off contract and $699 on a 2-year contract. This pricing decision could be a huge mistake by HTC & AT&T in much the same way as it was the Achilles heel for the late HP TouchPad. 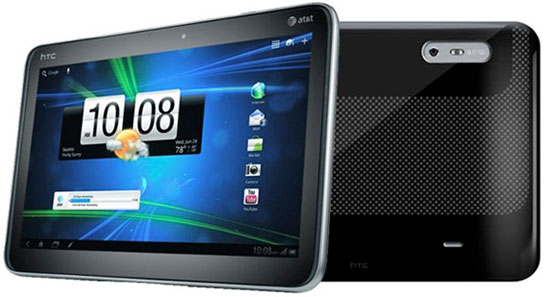 Although the presence of 4G is most welcome its clear that HTC are using it to justify the extortionate price in the hopes that consumer interest in AT&T’s LTE Broadband service will carry the device. In truth that interest is as limited as the LTE Network coverage itself and certainly Tablet prices are already plateauing with the market now being balanced by a wealth of low-end sub-$300 slates emerging from various manufacturers. The hypothetical failure of such a device could be good for consumers in the long run as it would prevent AT&T’s marketing campaign from successfully establishing LTE Broadband as a premium service and thusly ensure that when 4G Tablets finally do become standardized their pricing matrixes will be more in line with existing 3G data plans. In all other respects the Jetstream is a fairly run-of-the-mill 10.1-incher with 1280 x 768 pixel display, a fast Dual core, Qualcomm 1.5Ghz CPU, 1GB of RAM, front and rear cameras, the latter of which offers an 8MP sensor and dual-LED flash, microSD and microSDHC expansion running Android 3.1 Honeycomb.