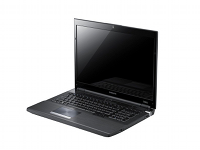 Unveiled at Gamescom 2011 Samsung’s new Series 7 700G7A notebook is aimed at the gamers among you with a dizzying amount of horsepower under the hood. The 17.3-inch gaming giant provides a quad-core Intel Core i7-2630QM with a clock speed of 2GHz, which can be ramped up to 2.9GHz. As one would expect from such a graphics intensive machine the GPU doesn’t disappoint either with the AMD Radeon HD 6970M and it’s 2GB of video memory making sure you won’t drop a single frame in Battlefield 3. RAM can be maxed out at 16GB and the large workstation-style form factor offers the ability to cram two physical 750GB hard drives inside. The backlit LED display is worth a mention as it’s resolution of 1920 x 1080 will ensure a fully HD viewing experience. Furthermore the brightness of 400nits is will guarantee vibrant colors and standout image quality in varying lighting conditions. 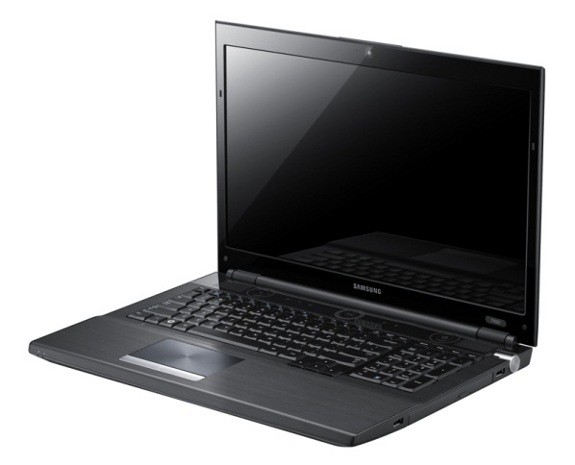 In keeping with such gaming centered Notebooks the W,A,S and D keys are highlighted in Red while the rest of the backlit keys will glow blue when you find yourself battling the Chantry in a darkened bedroom at 2am in the morning. The 700G7A also offers a range of multimedia features including Blu-ray, HDMI output, two USB 3.0 and two USB 2.0 ports, Dolby Home Theater with SRS 3D Sound and subwoofer. You can expect a September 12th Launch for €1799.