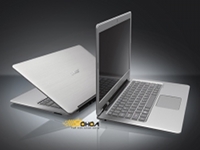 Intel’s new wave of UltraBook laptops continue to emerge from various manufacturers and now Acer is looking to introduce it’s own super thin and lightweight notebook in the form of the Aspire 3951. As you can see from the image below it’s chassis bears an uncanny resemblance to the MacBook Air. If Apple had a legal field day over Samsung’s supposed plagiarism of the iPhone and iPad in it’s own Galaxy devices then surely they’ll be looking at this one with some concern. Few details are available for the machine just yet although an October release can be expected. The 13.3-inch notebook will provide either a 250GB mechanical hard drive or a 160GB flash version. 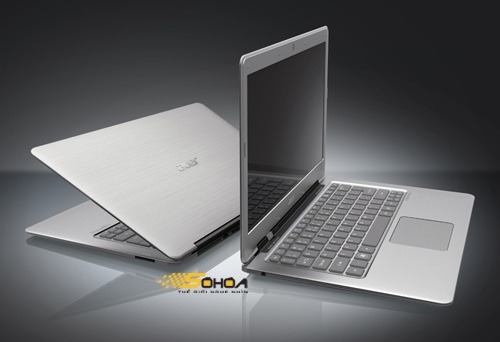 The use of flash storage in the Aspire 3951 will provide the same quick sleep wake feature found in the Air and will ensure that your battery standby time lasts a substantial 30 days. In terms of I/O we can expect that ThunderBolt (Lightpeak) will be absent but HDMI and Bluetooth 4.0 are real possibilities. The razor thin and incredibly light form factor makes carrying the UltraBook in a backpack or briefcase a painless experience as it weighs in at just 1.4kg. More details on the Aspire 3951 are expected over the coming weeks but we do know that Acer intend to price the machine somewhere under the MacBook Air’s $999 price tag. Estimates suggest anywhere from $780 to $950.