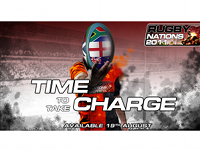 You’ll have to excuse my self-indulgence here but I’m enormously excited about the announcement that Distinctive Developments are about to release the 2011 edition of their popular Rugby Nations iPhone and Android game. I’ve been a fan since the original 2009 version of the game, a simple and limited take on a complicated sport, which only provided short-lived fun before the novelty wore off. Rugby Nations 2010 offered many improvements including enhanced graphics, semi-contestable rucks, scrums and an instant replay system. Distinctive Developments have recently updated the game to version 1.2, which now includes the additions of the Samoan and Fijian Rugby teams. Now on August 19th Rugby Nations 2011 looks set to introduce an entirely new user interface and provide the most immersive gameplay experience in the series to date. Distinctive have timed the release of this game perfectly as they are about to take full advantage of the massive surge of interest in the sport thanks to the upcoming 2011 World Cup in New Zealand beginning next month.

This latest edition offers motion controlled animations, new defensive gameplay techniques, playable line-outs, grubber kicks, penalties, team management, a television broadcast style of game presentation and the top 20 World Teams, which is an increase from the current 8. This will mean that you can now take part in a complete World Cup tournament, which includes a full 5 team pool stage along with quarter-finals and semi-finals. As a Rugby fan I just can’t wait to get my hands on this one. As Rugby is an extremely complex sport I’ll be particularly interested in how the developers have managed to cram so much of the sport’s dynamics into such tightly knit controls. Lets hope they’ve been successful in blending the elegance of this multifaceted sport in a way that doesn’t seem cumbersome or clunky. With all of the updates and enhancements I feel as if the review I wrote about the 2010 version of this game was actually listened to. Rugby Nations looks like its about to take it’s place as the definitive Rugby Union game for iOS, Android and the Mac App Store. 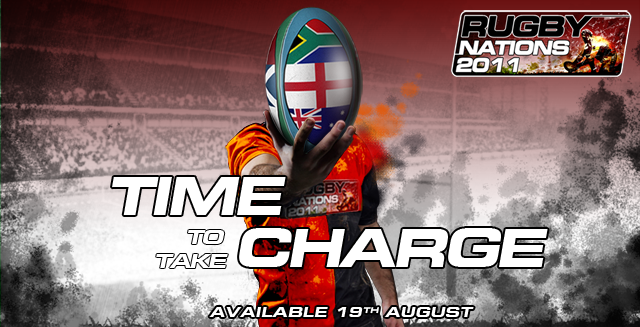 Check out the press release below:

Rugby Nations has returned and welcomes you to the next stage in the evolution of rugby gaming!

Play rugby like it was meant to be played with brand new gameplay system, game modes and all of the 20 greatest rugby nations of our time. Now with team management you can demonstrate your skills of strategy and turn your pack of warriors into celebrated World Cup champions. The state-of-the-art visuals comprising of motion-captured animations, new player models and cut scenes including the fierce haka bring authenticity you can really feel.
Rugby Nations 2011 is ready for combat – let your warrior out!

ALL-NEW GAMEPLAY SYSTEM
Rugby Nations 2011 features a whole new gameplay system designed to deliver an immersive gaming experience with more fully playable elements. The restructured defensive gameplay includes everything from standing tackles and mauls to competitive rucks. With playable line-outs, long passes, grubber kicks, penalties and much more, the way the game turns out is entirely up to you.

TAKE THE REINS
The new team management feature allows you to strategize your game with player names and statistics guiding you to make the right decisions for your team.
Rugby Nations 2011 is proud to feature existing Rugby Nations fans as players within the game across the 20 countries and who knows; you might be training or be the next rugby legend yourself.

BIGGER, BETTER AND MORE GAME MODES
Fully revamped game modes have also welcomed a new addition with the Challenges mode. Challenge mode invites you to moonlight as a consulting captain and bring your expertise to other country teams by completing different scenarios threatening the success of the teams. World Cup tournament has been given a complete overhaul with group and knock-out stages.

AUTHENTIC VISUALS WITH LIVE RUGBY BROADCAST FEEL
The all new visual presentation creates an authentic and fresh new look throughout Rugby Nations 2011 beautifully blending the sophisticated aggression with the fearless dynamism of the sport. Professionalmotion-captured animations and redesigned player models deliver an experience on a small screen ready to rival console games. Cut scenes from Haka to victory celebrations are all paying homage to the passion of this great sport and its players.