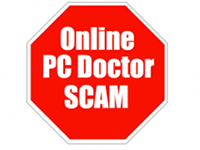 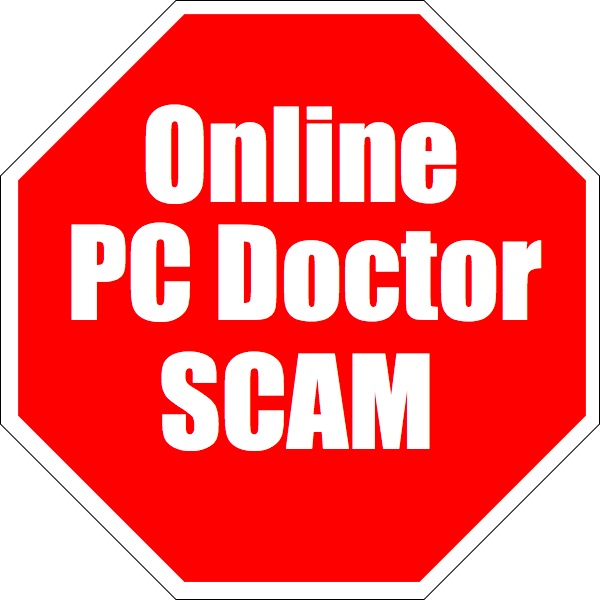 Okay it was funny the first few times but now its just becoming a major pain. The disturbing trend of unsolicited phone calls and internet related scams seems to be on the increase. Today I’d like to share with you my experiences with such a scam that is making waves worldwide. Over the past number of months perhaps twice per month I’ve been receiving phone calls from an organization claiming to be the Online PC Doctor. The agent on the end of the phone speaks with an Eastern sounding accent with that familiar We-are-based-in-Dehli-but-pretend-we-are-based-in-your-country tone. They proceed to ask for the home owner and state that they have detected that my Windows computer has a virus and is performing rather slowly. They would like to perform a maintenance operation to remove the infected files by connecting remotely to the computer.

To the uninitiated this may all seem fairly benign. Many a poor sap have fallen prey to this prank and have paid for it dearly. Its important to note that you will never be contacted in this way by any reputable company. For example in the well known banking scams, a customer receives an email from someone claiming to be a representative from their bank. The email looks legit and states that due to some internal auditing or account management updates they need you to provide your username and password to verify some security details. Ignore these emails at once. Delete them immediately. This Online PC Doctor scam works in much the same way but with a little more technobabble to back it up and fool the average computer illiterate. Once the unwitting user has been duped into providing their IP address the agent on the phone will then proceed to connect to the PC and “perform the required maintenance”. The elaborate dog and pony show concludes with the agent then asking for payment for this “work” via credit card. The fee will probably vary anywhere from €20 to €40. They even try and push a longer term maintenance contract on the victim. In actuality the agent has done nothing more than sift through the users documents, files and folders looking for personal details. A variation of this scam sees the agent use keyloggers and spyware to secure this information through more invasive means.

As I’ve said before I have received many calls like this over a number of months and have become increasingly frustrated at the inability of the authorities to deal with these individuals. It doesn’t help that their caller ID is blocked from view anyway. Its gotten to a stage where I’ll either hang up immediately, shout at them angrily and tell them to stop calling with plenty of color metaphors thrown in or I’ll play along to a point and then reveal to them them that I have a Mac or a Linux box. They then awkwardly apologize for calling and quickly hang up. It moderately amuses me for a time. The more I think about the idea that I’ve just had a conversation with a soulless, amoral swindler who wants nothing more than to steal my identity and my hard earned cash, the more upset and angry I become. Internet scams are plentiful and of late have become almost humorous in their own brand of absurdity except for those unsuspecting naive people who get caught out by them. However this particular brand of technological skullduggery seems far more insidious and potentially damaging. I know of someone who was duped into handing over €40 from such a cold call scam. A painful incident that won’t go forgotten. If you have received such a dubious phone call or even if you haven’t be sure to share this article in order to raise awareness of the Online PC Doctor Scam. I’ll conclude by reiterating that a genuine organization like a bank, building society or any other business who have your personal details on file will never suddenly lose your account information and call or email you asking for you to supply them again. No real IT company will ever remotely monitor your computer for a virus and then call you asking for a small fee to remove it. Over time with a bit of experience and common sense you can begin to recognize patterns in these types of scams regardless of any variations used. Stay safe and if you live in a country that is in a position to deal with these shady scam artists then you should keep a log of such cold calls and report them to your local authorities.