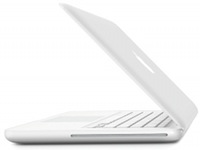 For many Mac fans today will be one of mixed emotions. Apple have introduced their latest Mac OS in the form of 10.7 Lion now available in the App Store. They have also updated the MacBook Air and Mac Mini with the latest Intel Sandy Bridge CPUs, faster graphics and ThunderBolt ports. But what Apple giveth Apple can also taketh away. The Mini has lost it’s DVD drive and now users must buy an external Super Drive to make up for it’s absence. But the biggest loss today will be the quiet removal of the White Polycarbonate MacBook. 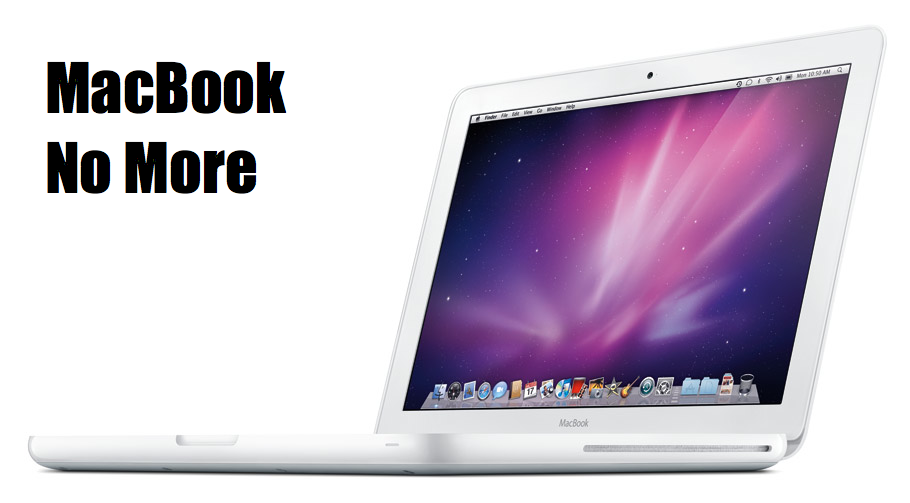 Apple have retired this long standing stalwart notebook from their lineup believing that they have successfully consolidated it’s feature set in between the two stools of the MacBook Air and the MacBook Pro. The former offers a DVD drive, the latter does not. The Air hits the same price point as the MacBook had previously while now offering a quasi-Tablet notebook hybrid experience with it’s super thin and light weight form factor, flash storage and solid specs, despite only starting with 2GB of RAM. The MacBook’s demise seems inevitable when you think about it. The increased adoption rate of the Air and the decreasing need of DVD media along with changing consumer expectations of notebooks has had the unfortunate effect of making this once plucky Apple notebook into the white buffalo of the laptop world. What was once the most popular Mac for consumers and college students alike has finally seen it’s day, although this does mean that a few remaining bargain basement price models may do the rounds online and at a few Apple retail stores while stocks last. So its worth keeping an eye out on a potential sale. The MacBook was first introduced in May of 2006 and was last updated in 2010. Let us know your thoughts on it’s removal from the Mac family. Apple will continue to sell the White Macbook to educational institutes only for a limited time.