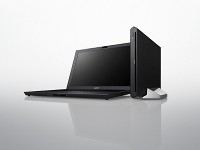 Who said Ultraportables had to be all style and no substance? If you look at the MacBook Air or comparative notebooks as examples, most seem to be lacking in the graphics performance department but Sony look set to change all that with a clever and unique implementation of ThunderBolt Hispeed I/O. The 13.3-inch VAIO Z notebook is super thin and weighs just 1.2KG with a 2.7GHz Core i7 CPU, 256GB of SSD storage and 8GB RAM. The GPU is the humble Intel HD Graphics 3000 processor, which won’t exactly rock your world when trying to play Crysis 2. Enter the Power Media Dock, a stylish looking companion device that connects to the notebook via the ThunderBolt port and provides a much needed Graphics shot in the arm thanks to it’s inbuilt discrete GPU, the AMD Radeon 6650M with 1GB of video memory. 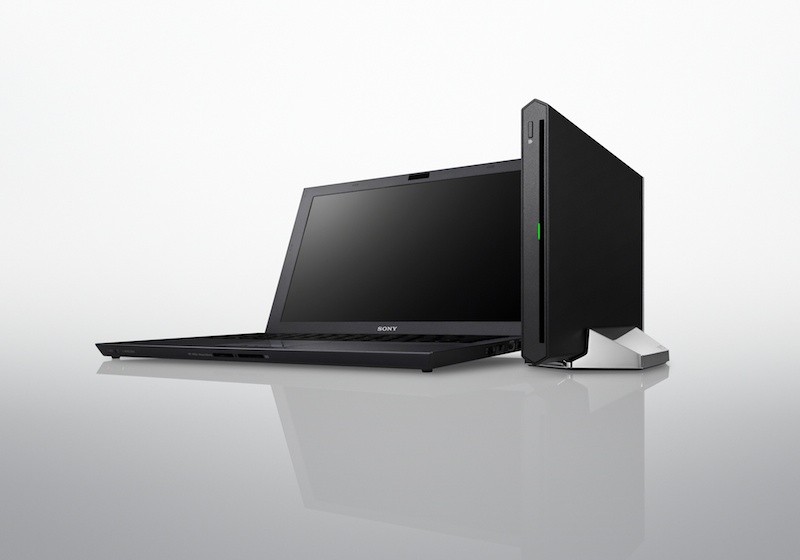 The expansion fun doesn’t end there however as the Power Media Dock also adds some additional USB, VGA and HDMI ports and a Blu-ray / DVD drive. Sony have announced a European launch towards the end of July and pricing for the VAIO Z starts from £1,434 or $2,294 sans the Media Dock, which is an additional £400 or $640. Another important point to note, which hopefully won’t cause too much confusion, is the fact that Sony are not allowed to use the ‘ThunderBolt’ name and instead must refer to the powerful I/O technology by it’s original Intel codename of ‘Light Peak’.