iOS 5 will be Compatible with iPhone 3GS 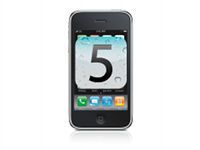 For those of you iPhone 3GS users who have nervously awaited Apple’s confirmation of your devices compatibility with their new iOS 5 operating system then you can officially relax. iOS 5 will run on the 3GS admittedly with the exception of a few minor features. Among the absent features include photo editing from the camera application and tabbed browsing in Safari. So far it appears that all of the remaining features such as Twitter integration, Notification Centre and Newsstand etc are present but there may still be some omissions here and there so this will need to be confirmed in the coming days as the iOS 5 beta 1 is closely analyzed by developers. It is believed that the 3GS’s older hardware is simply not up to the task of photo editing and multiple open tabs in safari, as these are CPU heavy processes. Nevertheless the fact that the majority of the new major features are compatible with the 3GS is both a relief to many users and a testiment to how well this intrepid veteran smartphone has held up over the years. Its growing old gracefully and is not about to be put out to pasture just yet.