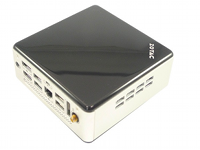 At Computex 2011 Zotac have unveiled their new ZBOX mini-PC, which bares a resemblance to the previous generation of the Mac Mini. This neat little all-in-one NetTop PC is powered by a low voltage Nano X2 CPU at a clock speed of 1.2GHz or 1.6GHz. Despite it’s relatively low powered processing hardware it provides sufficient power for HD video playback. I/O and expansion ports include 2 USB 3.0 ports, 2 USB 2.0 ports with eSATA combo. HDMI output, SD-Card reader, ethernet and a kensington lock make up the remainder of the ports. As you can see from it’s low profile and tiny form factor it would be ideally suited to under-the-television use as a media centre PC. 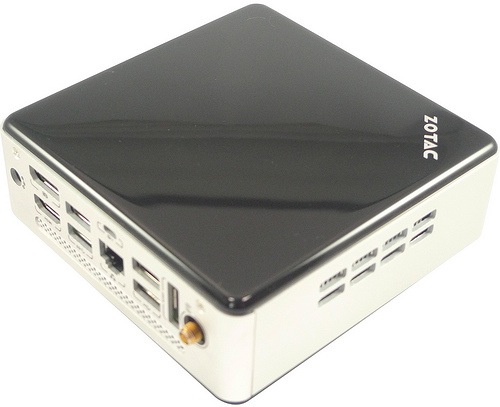 It also comes complete with 64-bit software support and VIA’s padlock data encryption engine. The remaining hardware specs have not been revealed so RAM, Hard drive storage and GPU details remain a mystery. Its also possible that a barebones edition of this mini-PC may also be available as a low-priced entry level option. We’re also unsure as to what OS this thing will be running. Nevertheless the use of the Nano X2 low-power CPU is significant as traditionally such NetTops have made use of Intel Atom-based processors. This may set a precedent for more manufacturers to produce these types of space saving desktop PCs and media centre devices with such CPUs in the future. At present there are no details on pricing or availability so stay tuned for more.