What is your primary Gaming Device? 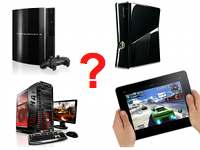 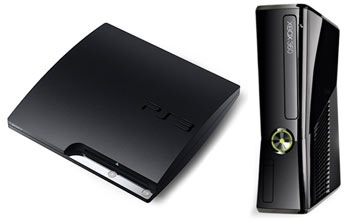 In Today’s featured article we’re asking you, What is your Primary Gaming Device? High end gaming continues to be dominated by the mainstream consoles (Xbox 360, PS3, Nintendo Wii), which also receive priority of the latest graphically cutting edge gaming titles. However in recent years mobile handheld devices like the Nintendo DS, 3DS and a wide range of smartphone handsets have expanded the amount of gaming platforms available to users. Probably one of the most significant factors in the development of the mobile gaming phenomenon is the introduction of Apple’s App Store and the Google Android Market. Most notably iOS devices have provided casual gamers with a brand new opportunity to discover a new realm of gaming interest. As a result entirely new genres of games have been developed, many of which take full advantage of capacitive touchscreen technology to provide a richly enhanced gaming experience that cannot be replicated on traditional consoles. Whats more the simplicity of these titles often makes for an addictive gaming experience. Likewise consoles provide a higher level of immersive gaming involvement, offering precision controllers, motion sensing technology, superior graphics and sound, advanced multiplayer networks and more dynamic gameplay.

In the middle of both of these platforms are PCs. The custom-built gaming rigs designed and built to meet the performance needs of the most discerning of geeks. Some gamers still prefer the old school tactile experience of the mouse and keyboard interface. In recent years PC gaming has had to play second fiddle to the Consoles as developers have shifted priority to the Xbox 360 and Playstation 3. As a result many popular titles have been ported to the Windows and Mac operating systems with mixed results. PC gaming culture has also begun to decline due to the fact that the very nature of the machine requires users to periodically upgrade their hardware. The latest processors and graphics cards don’t come cheap either. As a result PC gaming as become more of a niche arena for some although it has enjoyed somewhat of a resurgence thanks to innovations like Steam by Valve Software, which is a digital distribution, digital rights management, multiplayer and communications platform. So which category do you fall into? Are you an iPhone, iPod Touch or iPad Junkie? Maybe you can’t get enough of Plants Vs Zombies or Angry Birds. Maybe Dragon Age 2 has taken over your life on the Xbox 360 or your currently solving inter-spatial puzzles in Portal 2 on the PS3. Perhaps you make use of one or more of these gaming systems or maybe all of them. But which one do you use the most to get your game on and why?