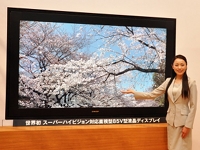 At SID 2011 Sharp demonstrated a prototype TV that boasts 16 times the resolution of current HD televisions and displays. The 85-inch LCD Super Hi-Vision screen boasts a resolution of 7,680 × 4,320 pixels. This new display technology is also known as Ultra HDTV. Previously the only way to show these kinds of insanely high quality images was via a projector system but thanks to Sharp’s new UV2A*2 LCD technology, which allows for precision control of the alignment of liquid crystals molecules in an LCD structure, Sharp have developed an astounding 33MP display. 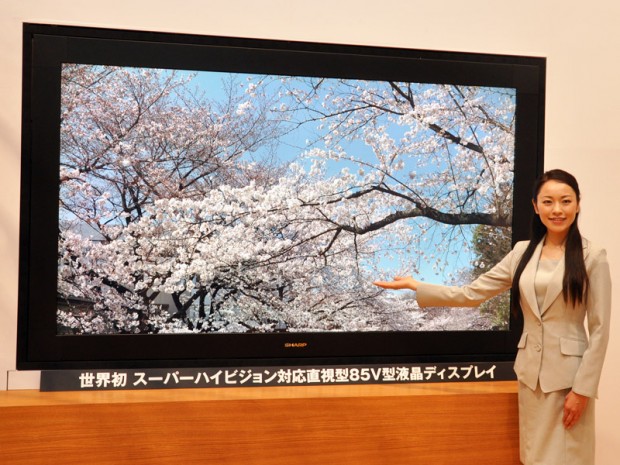 The Super Hi-Vision TV also features Brightness settings of 300 cd/m2 and Gradation 10 bits for each RGB color. It will also be demonstrated to the public at NHK’s Science & Technology Research Laboratories in Tokyo on May 26th 2011. So just when we thought 1080i HDTV was good enough it looks as if we’ll have to reinvest in a higher Def TV technology in the next 5 to 6 years. Click on the video box below to play the demonstration video courtest of Digifonews.