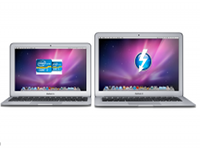 According to sources in Taiwan, Apple’s supply chains will begin shipping new 2011 MacBook Airs by the end of this month and the popular ultraportable Notebooks will begin selling in June or July. The refresh is expected to eliminate the existing Core 2 Duo CPUs in favor of  the latest Sandy Bridge series processors and also include ThunderBolt hispeed I/O, which was initially introduced on the latest generation MacBook Pros. Subsequently the recently refreshed iMacs have also received similar upgrades. Both 11 and 13-inch models will likely make use of Core i5 and Core i7 Intel Chips although some reports maintain that a Core i3 CPU may take its place in the entry level 11-inch model. 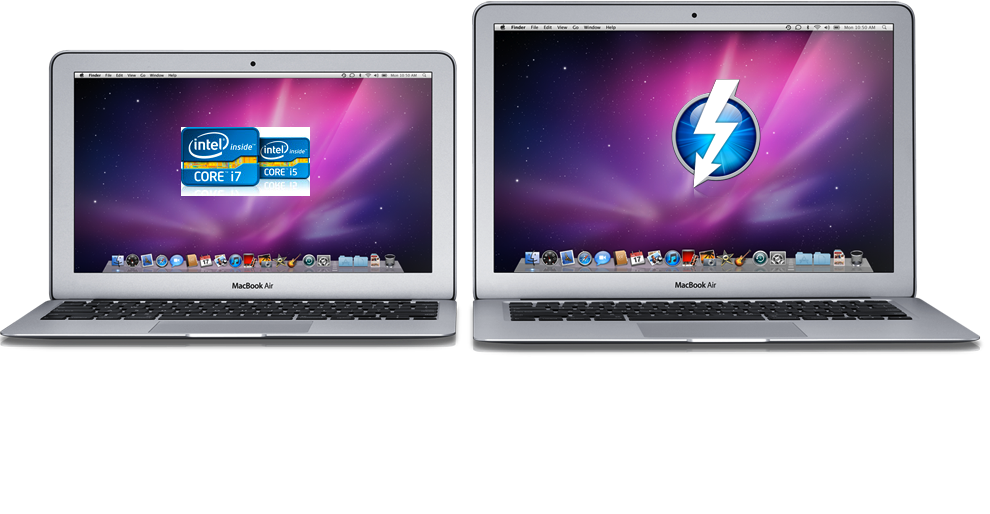 This refresh is believed to be an internals upgrade only with no outward physical changes to the notebook’s chassis expected. The Original 13.3-inch MacBook Air was first introduced at MacWorld in January of 2008 as a luxury ultraportable Notebook. The 11.6-inch model was introduced in October of 2010 and included a lower price point and flash-based storage. The Air, along with the White MacBook is overdue for a refresh as it has been almost 9 months since the last one. As always these reports are just speculation at present so stay tuned for more details as they emerge.