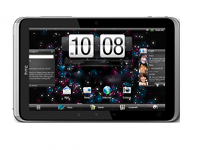 Following the successful launch of the HTC Flyer, the company’s first 7-inch Android-powered Tablet, specs for a 10-inch edition allegedly known as Puccini have now been leaked. The Tablet is said to feature a 1280 x 800 resolution display and make use of a 1.5 GHz dual-core Qualcomm Snapdragon MSM8660 CPU. LTE connectivity may also be included. In terms of software it is expected that a new Tablet friendly version of the HTC sense UI will be employed on this Android Honeycomb Tablet. It is not yet clear as to exactly what version of the OS will ship with the Puccini. At present there are conflicting reports that 3.01 will initially feature with other sources indicating that the latest Honeycomb 3.1 release will come preloaded. 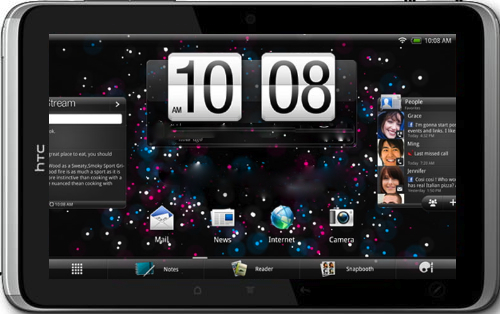 Other expected features include an Accelerometer, Compass, GPS, Wi-Fi 802.11n, Bluetooth and memory card expansion. The Tablet is expected to be officially launched sometime this summer through AT&T in the US. No pricing details are available yet and specs are still to be confirmed from HTC.