Samsung’s Prototype AMOLED display can be folded 100,000 times no creases 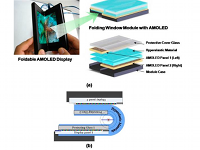 Samsung have developed a working prototype of an AMOLED flexible display. It is comprised of silicone rubber material and covered in protective glass. The display can also be used as a touch screen. Tests showed that the display did not crease after being folded and unfolded up to 100,000 times and deterioration in light levels amounted to only 6% in total, which was not visible to the human eye. Samsung say that the key to achieving a display that does not crease while being folded, is being able to control the material’s optical properties. 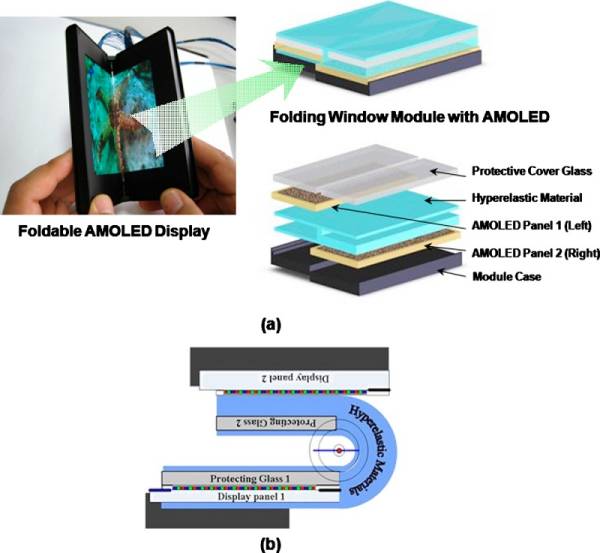 Perhaps one day smartphones and Tablets will be replaced by flexible foldable displays like this one. Pervious attempts to create such screens have failed due to gradual wear and tear of the materials as it has not been possible thus far to eliminate creasing when being folded. Now with this issue resolved maybe Samsung can introduce a display like this one in the not so distant future. Being able to fold a display in half would help to decrease the overall size and dimensions of a touchscreen device while retaining the size of the screen itself.