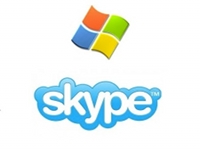 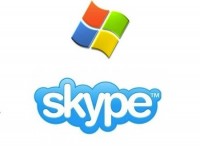 Speculation can now be put to bed as Microsoft have officially confirmed their acquisition of the popular VOIP Client, Skype earlier today. As part of the $8.5 Billion dollar agreement Microsoft will integrate Skype into their Xbox Live and Kinect gaming platforms along with Windows Phone 7 implementation. Anaylsts are divided on whether this deal is a potential win or fail for the Redmond-based software giant with some feeling it is more of an attempt to reingratiate itself to consumers by associating itself with a successful and well known product. Other industry insiders believe this could be a major coup for Steve Balmer and Co. as Skype could be used as a powerful weapon in the battle against cell phone companies to control our voice calling habits. Thats assuming Microsoft know how to wield it correctly of course.

Microsoft have created a new business division in which Skype CEO Tony Bates remains in charge. Skype will also be modified to support Outlook mail, Messenger IM and Hotmail. One of the major aspects of this deal to consider is the enormous benefit this could have for ensuring increased future adoption of Windows Phone 7 particularly when you consider Microsoft’s Nokia deal, which will come to fruition in 2012. Microsoft now have a real competitor to the Apple’s FaceTime Application and Google Voice. It can also be seen as a big win for FaceBook, who are hugely reliant on Skype’s VOIP network.

So what are your thoughts on Microsoft’s acquisition of Skype?