Dell Adamo replacement in the works 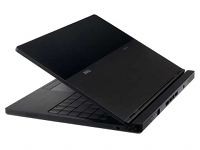 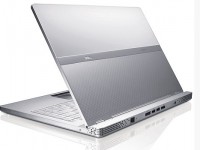 Originally unveiled at CES 2009 as a direct rival to the MacBook Air and Lenovo ThinkPad X301 Ultraportable notebooks, the Dell Adamo was unique engineering achievement. The lineup later transitioned to the limited edition Adamo XPS, which would be discontinued entirely in November 2010. The Adamo is now consigned to the  luxury laptop hall of fame as a rare white elephant. Now CNET reports indicate that Dell intend to introduce a replacement ultra thin notebook beginning at 15.6-inches but further display sizes will follow later. “This is the first in a series of products where [Dell is] going to focus on ultra-performance and ultrathin.”

Expect to see the latest series Sandy Bridge processors in both Core i5 and Core i7 variants. Dell are believed to be targeting the consumer and prosumer markets with this new lineup and entry level price points are expected to be around the $1000. Stay tuned for more news on this new Dell Adamo replacement in the coming weeks.