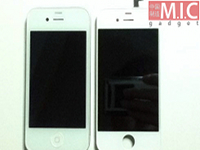 A photo of a supposed iPhone 4S has surfaced from MIC Gadget. The image depicts what looks to be an iPhone 4 with a larger edge-to-edge glass display. It has been speculated for some time that Apple’s next iPhone will feature a larger display than the current 3.5-inches. This of course could very well be a fake or a prototype. Its worth noting that many analysts myself included have presumed that Apple’s next iPhone would be known as the iPhone 5. The company’s numerical naming scheme for smartphones has not always related to that specific generational model for example the first iPhone was known as the iPhone 2G referring to the second-generation wireless telephone technology present in the device. The second iPhone was known as the iPhone 3G referring to the third generation wireless technology and the third iPhone was known as the iPhone 3Gs, with the ‘S’ standing for ‘Speed’ due to it’s faster processor compared to it’s predecessor.  This naming pattern was broken when the iPhone 4 was launched of course as the device did not feature 4G wireless technology it simply referred to the device being the fourth iPhone. It remains to be seen if Apple will deviate again in their naming of the next iPhone. 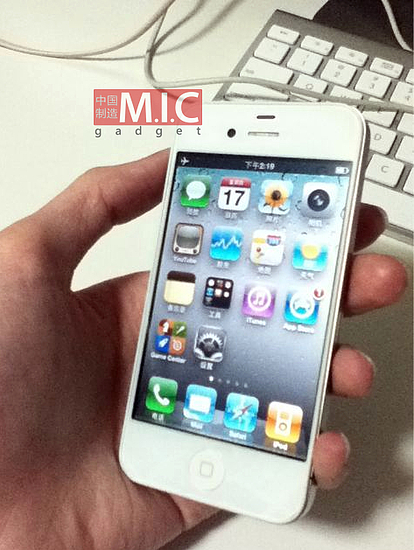 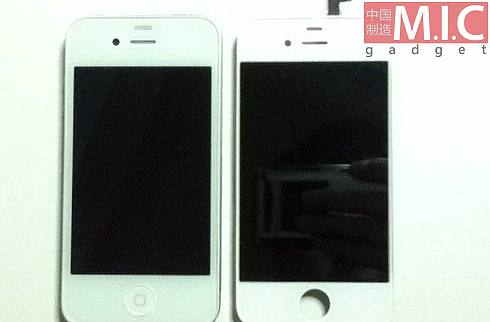 Regardless these images do demonstrate what we might expect if Apple did release an iPhone with a larger display. The validity of the images must be questioned however as MIC Gadget do not seem confident in their source.