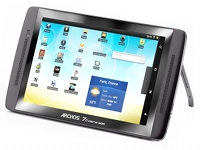 So you’ve looked at the Motorola Xoom, the iPad and the BlackBerry PlayBook and concluded that $500 is simply too high a price to pay for a Tablet computer. Whats more you suspect that paying anything less will result in you having to settle for one of the myriad of cheap Chinese knock-off Tablets that serve to underline the sentiment that in this life you get what you pay for. Well I’m a firm believer in that philosophy but just because you pay less doesn’t always mean you get significantly less. Quality can sometimes come cheap. Enter the Archos 70 Internet Tablet, it features a 7-inch capacitive touch TFT LCD display at 800 x 480 resolution for just €238 and can be found on most US online retailers for less than $270. Its significantly less expensive than a Samsung Galaxy Tab or an iPad 1st gen but doesn’t compromise in terms of producing a fine web browsing device with access to a small app store while providing solid media playing capabilities. 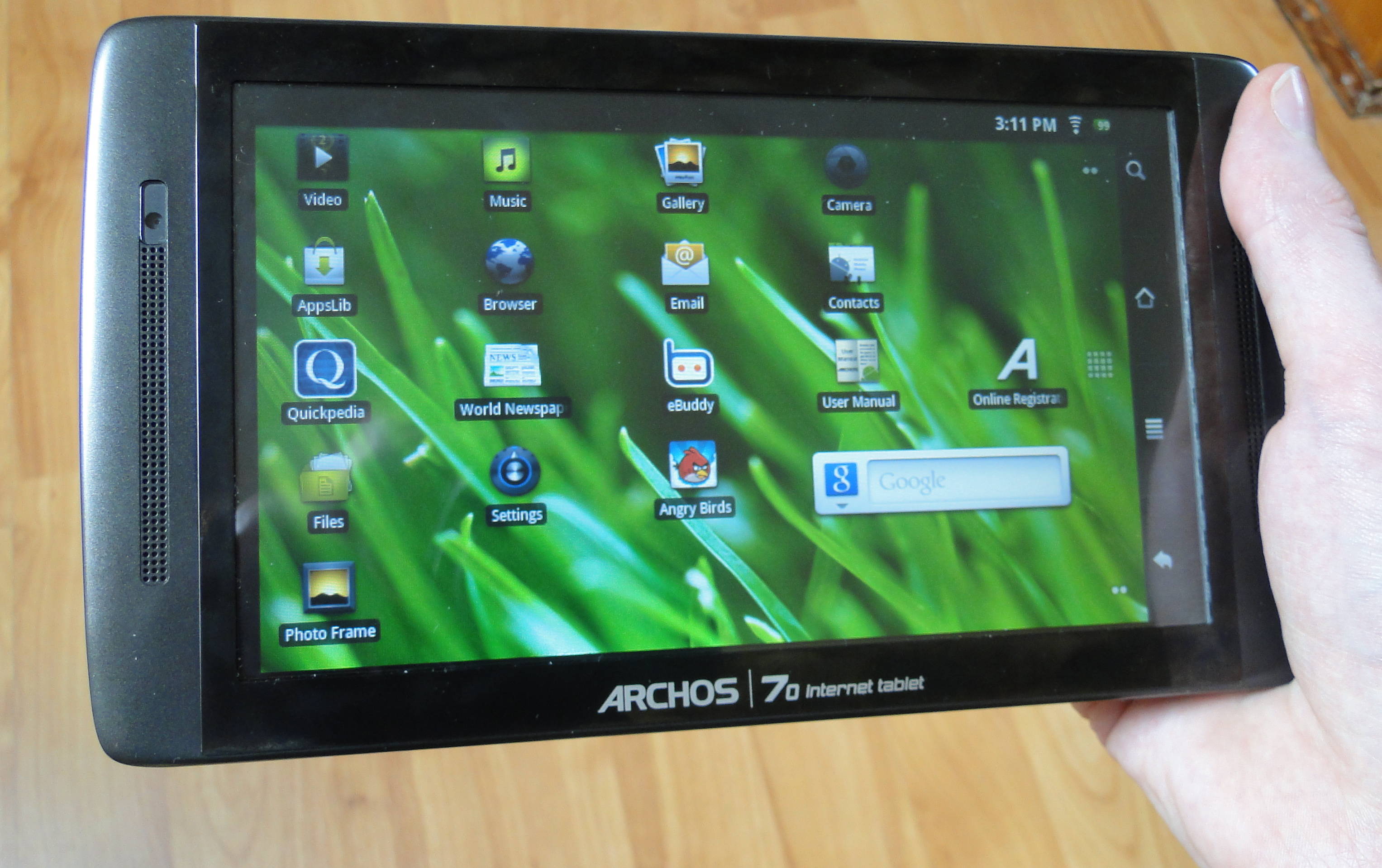 As a brand Archos are currently well known for producing cheap entry level Tablets like their Arnova series, which is even cheaper than the Archos 70 but features a resistive touch screen. These screens are enormously frustrating to use and should be avoided if possible. The Archos 70 may only offer 8GB of internal storage to begin with (a 250 GB model is an option) but it crucially provides a capacitive touchscreen that is both responsive and offers pinch to zoom functionality when web surfing. The specs include a 1GHz Cortex A8 processor (single-core) with 256MB of RAM, 8GB of storage as mentioned with a microSD slot for expansion by an additional 32GB. Theres a front facing VGA camera for video calls although Skype seems absent. The Camera provides poor image quality in low lighting and the sound is certainly nothing special but its not the worst I’ve seen either. In terms of I/O you have a mini-HDMI port and mini-USB. The mini-USB is the primary way of copying media to and from the device obviously but it does not serve as the means of charging the device. Charging is done through the separate DC-in connector port. To the left of the device theres also a headphone jack and headphones are included incidentally. On the right you’ll find the power button and volume control switches and at the back theres a kickstand for propping the Tablet up on a table so you can watch movies in comfort or use it as a digital picture frame. Android 2.2 Froyo is the OS of choice here, which as you know is a smartphone OS. Sadly it seems neither Gingerbread nor the Tablet OS 3.0 Honeycomb are going to be making an appearance anytime soon. Although the Archos 70 simply cannot compete against the premium Tablets like the iPad, with significantly more power, greater stability, a larger screen, better display a vast App Store and better integration, it does posses a few core strengths of its own. All Tablets should be judged first and foremost on their web surfing abilities and the Archos 70 hits the mark here spot on. Although Opera could not be installed for some reason the stock Android browser is more than adequate. Although the humble A8 CPU cannot provide the super slick smoothness in scrolling and swiping that the iPad can it nevertheless provides sufficient speed and performance to make web surfing a joy. Landscape mode is the optimal way to view web pages in my view, portrait makes everything a little too small and whats more the accelerometer isn’t the fastest and can often be tripped too easily so its best to switch it off in the display settings.

Sadly the full Android Market Place is absent but if that isn’t a problem for you there is still the Archos AppLib, which offers many free and paid apps. Also Angry Birds is available and runs perfectly. The AppLib did crash a few times on me and I won’t lie and say that the Archos 70 is a rock of stability because it isn’t. I’ve often lost Wi-Fi connectivity for short periods upon waking from sleep mode and I’ve had to use the system monitor application more times that I would have liked. The very occasional reboot will also sometimes be required now and then. But these small gripes are insignificant when you consider your effectively getting 80 – 90% of the experience of an iPad at almost 50% the price. As for Archos 70’s other strengths it boasts a nice sleek black chassis design, which is lightweight and sturdy. It has a very strong media player for both audio and video. There are an enormous amount of supported audio formats including MP3, WMA, WAV, AAC, Ogg Vorbis, FLAC and in the video department your fully covered too with codecs and file types such as MPEG4 HD, MPEG4, H.264 HD, WMV9, M-JPEG. In fact I only once had a problem with playing a video because it featured AC3 audio. There is a pro app that can be purchased to fix this however. As a video playing device the 7-inch screen, dual stereo speakers and kick stand make the Archos 70 a compelling choice. Its ideal for use on the fold out table of a plane on a long flight. Battery life is average at an estimated 7-hours on video playback, 36-hours of music playback and 10-hours of web surfing.

There are many preinstalled applications that you may find useful like a newspaper reader, an eBook reader (which the device is ideally suited for in portrait mode), a contacts organizer, calculator and eBuddy among many more. A YouTube app is available but sadly I had no success with it although some users have managed to get this working. Instead Flash is supported and can be downloaded from AppLib. It does run a little slow on Flash heavy sites and YouTube videos really need to fully buffer before you play them but at least Flash is present here. The device can get slightly warm after long periods of use but I wouldn’t go so far as to say it gets hot and its certainly not an issue. Theres no 3G support here as this is a Wi-Fi only Tablet but you do have Bluetooth and you can tether it to a smartphone when your out of range of a Wi-Fi hotspot. The Archos 70 provides you with a compelling budget Tablet option where the primary selling point is the incredibly low price. For just €238 your getting an excellent 7-inch web browsing device with eBook reading functionality, photo viewing and sharing and comprehensive media player for music and video. Its not without its problems and if you can afford an iPad or a Samsung Galaxy Tab then you should buy one of those instead. But for everyone else looking for a bargain Tablet that punches well above its weight then the Archos 70 is well worth your consideration. Sometimes second best is good enough.

Check out the unboxing and review videos below: