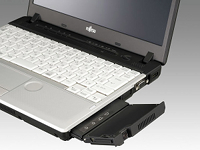 If you find yourself not using your laptops DVD drive as often as you used to then perhaps you might fancy something radically different in its place. How about a built-in pico video Projector instead? The new Fujitsu LifeBooks offer users the option of replacing the existing DVD drive with a projector device, which can be adjusted in it’s orientation to suit the direction you wish to project your screen towards. A white clear surface or wall would be advisable obviously. 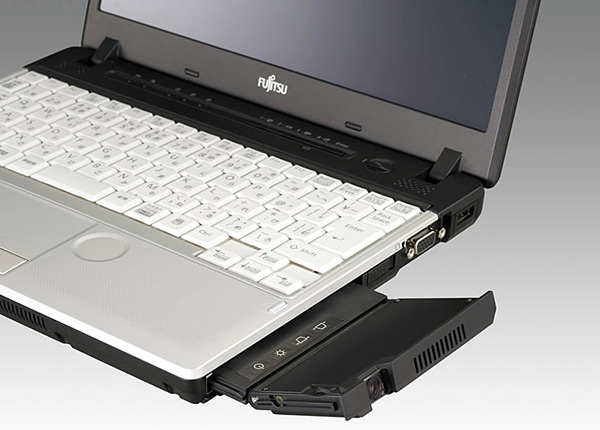 The two LifeBook models are the 13.3-inch LifeBook S761/C and 12.1-inch P771/C. They offer Intel Celeron processors along with the latest Sandy Bridge Core i3-2310M and Core i5-2520M CPUs. The displays offer 1280 x 800 res with 1GB of system RAM and hard drive storage begins at 160 GB. The projector is capable of delivering SVGA video at a resolution of 800×600. Prices in the US have not yet been announced but based on current Japanese prices we can estimate the notebooks to sell from somewhere between $2,500 and $3,200 respectively.