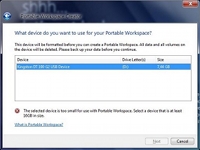 In the leaked copy of Windows 8 obtained by the folks at MyDigitalLife a new feature has been uncovered that makes it possible to create a bootable version of the OS on a portable storage device like a USB pen drive. The ability to do this would appear all too familiar to Linux users but this is new for Microsoft. The new Windows 8 feature is called “Portable Workspace Creator” and it allows you to load your portable Desktop OS to a USB flash drive that must have a minimum storage capacity of 16GB or greater. 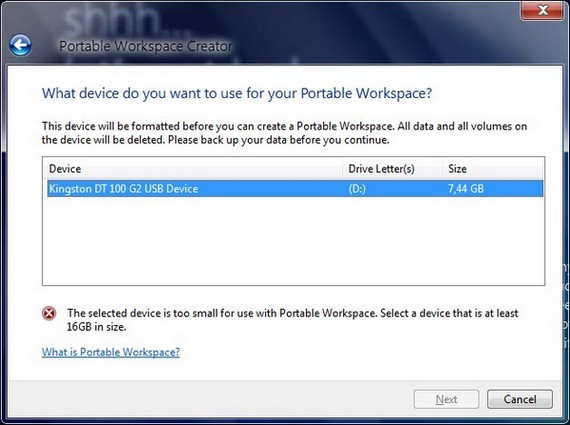 The advantage of this is that you’ll now be able to carry your own personal Windows environment around with you in a portable saved state. You can then plug it into any computer that meets the minimum specs to run the OS and from there you can boot directly into it. This removes the need to have a physical dedicated partition on the destination PC. However at present it appears that this feature is limited to Windows 8 Enterprise Edition as it may be introduced as a business-class application. I would suspect there may be some restrictions on this feature given that Windows is a paid OS, unlike Linux. Its not known if there is a limit to how many “Workspaces” you can create and they may also expire after a certain time. This would help to reduce the chances of piracy of the OS.