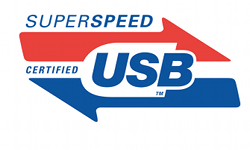 Intel have announced that they intend to fully support USB 3.0 in parallel with ThunderBolt Hi-speed I/O with their next generation chips next year. Intel Architecture vice president Kirk Skaugen informed the media at Intel Developers conference that “Intel is going to support USB 3.0 in the 2012 client platform. We’re going to support Thunderbolt capability. We believe they’re complementary.”

Creating a new hardware standard of any kind can take anywhere from 3 to 5 years and USB as a backwards compatible standard is still far too popular to be phased out in favor of the newer more robust ThunderBolt port first seen on the 2011 MacBook Pros. Nevertheless despite the recent introduction of new ThunderBolt accessories and devices, the continual propagation of the Universal Serial Bus architecture can only be seen to be slowing progress towards the new unifying standard. ThunderBolt, which is twice as fast as USB 3.0 was designed to replace all existing I/O on future consumer and business devices, that includes USB, FireWire, Display ports, Ethernet etc. To date only a handful of PCs support USB 3.0 via a separate NEC. From 2012 however Intel’s new Ivy Bridge chipsets will feature fully built-in USB 3.0 support. This may also be seen as answer to AMD’s recent announcement that their next-gen fusion chips will also support USB 3.0.