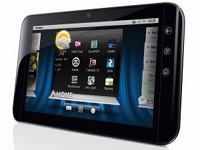 Dell has begun selling the 7-inch version of their new new Streak tablet in the UK for £299. Unfortunately this is just the Wi-Fi only version although a 3G edition is expected sometime after the spring. The Streak 7 features a WVGA 800 x 480 resolution it is currently running Android 2.2 Froyo, which seems odd considering most of the newer Tablets on the market are making use of Honeycomb or at the very least Gingerbread. Dell have said that a 2.3 Gingerbread upgrade is in the pipeline. If the OS doesn’t grab you the specs certainly should it features a 1GHz dual-core Tegra 2 Soc with 16GB of internal storage, a 5 megapixel camera in the back and a 1.3 megapixel camera in the front for video conferencing. 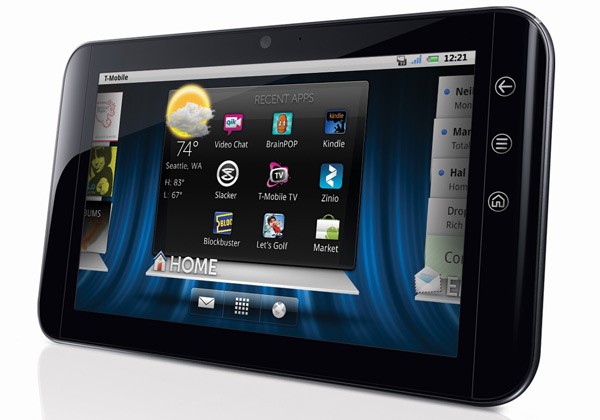 Other notable features include video playback support for formats such as MPEG4, H.263, H.264, WMV, 3GP along with Flash. Although this particular edition does not feature 3G, which is expected later you’ve got GPS, Accelerometer and Compass along with USB 2, microSD and SDHC expansion slots. Part of me would like to heap more praise on this device for it’s design aesthetics, specs and price point but the other part of me thinks its probably best to reserve judgment until we to see a 3G version running Honeycomb.