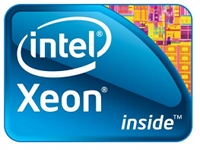 Intel has today (Tuesday April 5th) launched a new series of 6 to 10-Core CPUs known as the E7 series of Xeon chips. Based on the rock solid foundations of the Westmere-EX processing family the new E7 architecture provides faster performance with much lower energy requirements. The E7 series comprises a total of 18 chips ranging from 6 cores all the way up to 10 cores with 12 threads. The target market will be high-end server and data center customers. A direct comparison of the new CPUs against their older Westmere-EP cousins reveals a 40% increase in performance. Apparently just one Xeon E7 server will be able to do the same job of nearly 20 dual-core servers. This will obviously have the effect of drastically reducing the number of servers required and thus reduce maintenance costs, power consumption and storage. Whats more the E7 series CPUs are designed to shutdown idle CPU cores when not active to save yet more energy.

The entire E7 lineup supports Turbo Boost technology and all except the E7-8837 support HyperThreading. The range also includes the new RAS features, which means they meet high quality standards with a broad spectrum of sophisticated reliability, availability and serviceability features. They also include the ability to support up to 2 TB of memory. Today Dell has launched a new high performance server based on the Xeon E7 series called the PowerEdge R910 4U, which starts at $9,000. Other manufacturers such as, HP and IBM have introduced their own brand of competing servers using chips from different parts of the E7 product family.