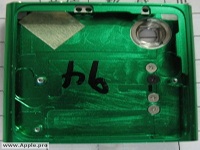 A source at Apple.pro have leaked a photo displaying the chassis of a supposed 7th generation iPod Nano, which contains a hole for a camera on the rear of the device. Rumors from Apple.pro have been hit and miss in the past with them predicting correctly that the 6th gen Nano would have a mulit-touch display but also incorrectly speculating that Apple were working on a 15-inch Macbook Air. 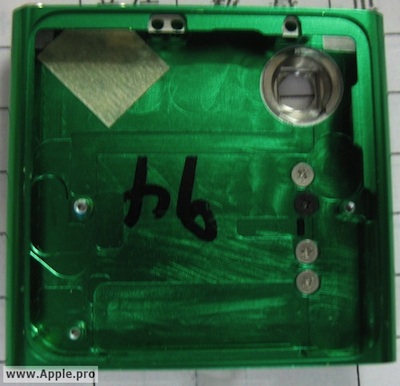 Personally I would not be surprised if this story was true, Apple introduced a camera to the 5th generation click-wheel Nano and then took heavy flak for removing it from the 6th generation Nano. If this is true I would be feeling sorry for people who bought the current Nano, which looks to be following on in a similar development vein as the iPod Shuffle. The Shuffle’s second generation model contained a clickable button control pad, which was removed for the unpopular 3rd generation edition and reintroduced in the fourth generation. Apple’s iPod Music Keynote events are usually held in September so we will have to wait to find out exactly how the Nano turns out.