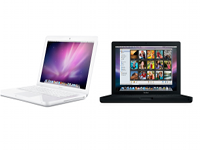 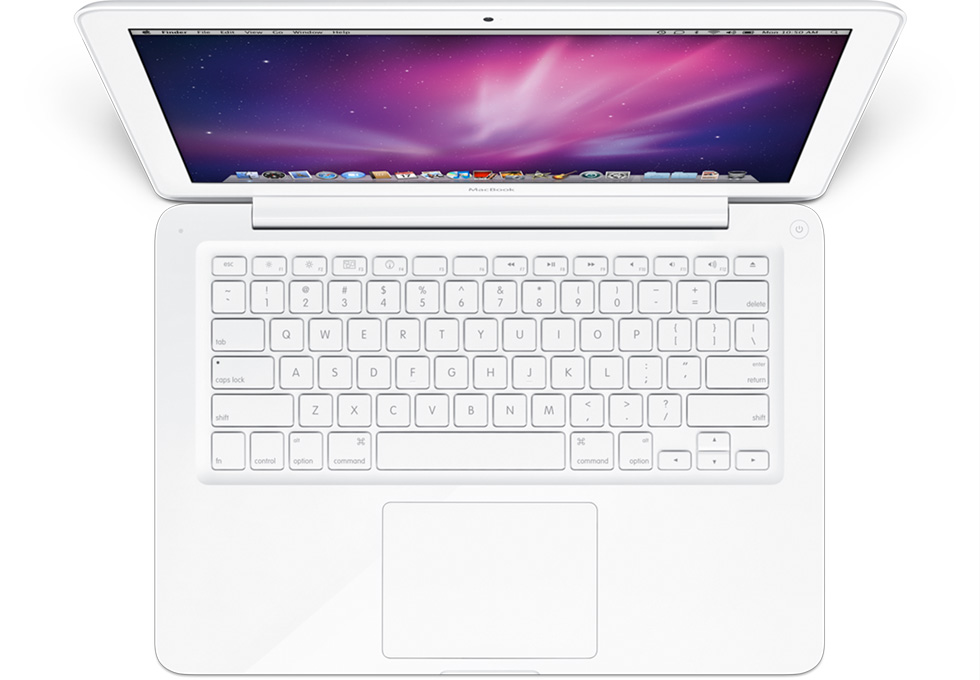 An unconfirmed source calling themselves digiamac4471 has informed Computing Forever that the white MacBook, last updated on May 18th 2010 will be refreshed within 3 to 4 weeks and will feature new Sandy Bridge Core i3 series processors along with a ThunderBolt I/O port, a lower price point and the return of a Black chassis option. Reports have indicated that supplies of current generation white MacBooks in US Apple Retail stores have become constrained, indicating an imminent refresh of the popular consumer notebook. The black MacBook was discontinued in October of 2008 following the introduction of the then aluminum MacBook, which was later reclassified as a 13.3 inch MacBook Pro. The current white Macbook design was introduced in October of 2009 and features a unibody polycarbonate shell. The Black MacBook is expected to be made from the same material. Our source indicted that Apple wish to reintroduce the black MacBook to maintain uniformity across its consumer devices like the iPad and iPhone, which also offer black and white options, although the White iPhone 4 is not yet available.

At present there is only one stock MacBook configuration offered, which is a 2.4GHz Core 2 Duo. Two models will now be on offer and preliminary spec details reveal updated Core i3 dual-core CPUs being used for the entry level model with an undisclosed clock speed. The use of Core i3 would be a first for Apple as their recently updated MacBook Pros use both Core i5 and i7 only. The i3 will be offered in the entry level white MacBook at a lower price point of $899. The remaining specs are almost identical to the entry level MacBook Pro: 4GB of RAM, 320GB Hard Drive, Intel HD 3000 GPU, 7-hours of battery life and a HD FaceTime Camera. The second MacBook option will be the black edition featuring the same specs again but offering a Core i5 2.1GHz dual-core CPU. A 500GB hard drive will also be an optional extra for an additional $60. Prices for this model will start from $1099. It appears with this refresh that Apple wishes to further differentiate the consumer MacBook lineup from the Pro series beyond just the obvious outward chassis construction differences. Solid state options continue to be lacking on the MacBooks along with the absence of memory expansion ports and support for more than 4GB of RAM.

Stay Tuned. We will have more on this story as it progresses. Watch the video below where we discuss this story further.