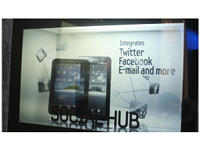 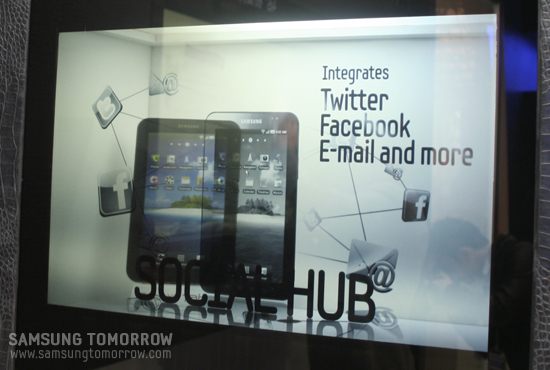 Samsung have today announced that they have begun mass production of their revolutionary transparent display. The breakthrough display does away with the need for power hungry backlights and instead uses ambient light to provide you with a see-through viewing experience. The Image appears projected directly onto the glass itself with the viewer able to see objects at the back of the display. This method is not only Sci-Fi impressive but its also an enormous energy saver consuming upwards of 90% less electricity than traditional LCD displays.

The transparent display was demonstrated by Samsung at SID in Seattle earlier this month and you can see in the demo image below that the text and photos appear on the screen while the bottles, grapes and white cloth can clearly be seen behind them. 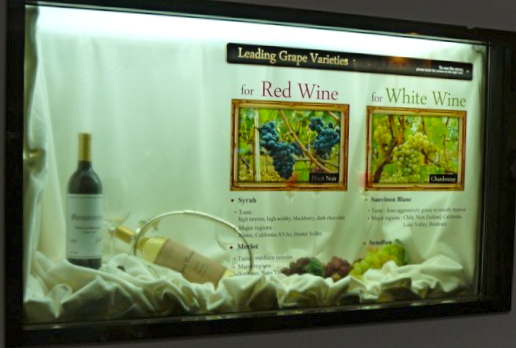