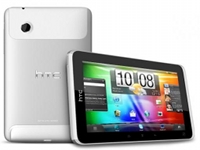 HTC has released a detailed promotional video for its new 7-inch Flyer Tablet. The video demonstrates the device’s convenience, comparing it to the weight of a paperback book before going on to discuss its Sense UI and integration with social networking websites. Web Browsing is briefly talked about along with its support for Flash content even going so far as to take a swipe at Apple by saying you’ll never run into a “dreaded player not supported dead end.” The HTC Flyer was demoed in February running Android 2.4 Gingerbread, numerous sources indicate that the device will ship with version 3.0 Honeycomb but we are yet to receive confirmation one way or the other.

The video focused primarily on it’s magic pen and HTC’s Scribe Technology. Its perfect for writing on web pages, taking notes, notating in books, making comments, signing your signature on documents, drawing on pictures and obviously creating your own artistic masterpieces. Your work can also be printed wirelessly. An ingenious feature suitable for business meetings and college lecture hall situations is ‘Timemark’. If you’ve taken some notes using the magic pen and are having difficulty deciphering what you wrote you can play some recorded audio from the moment you began writing. This can help you recall exactly what you wrote and why. Notes can be synced to Evernote and therefore can be viewed through your PC or Smartphone. 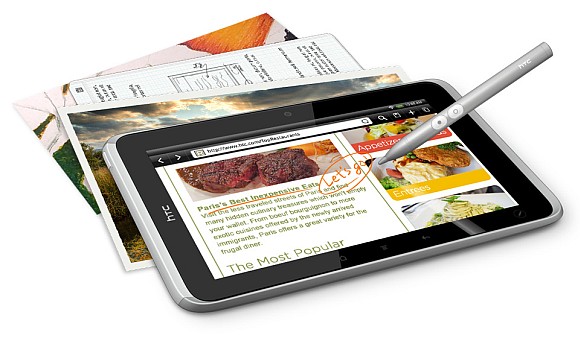