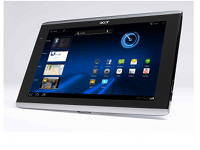 Acer has today launched a comprehensive range of new mobile products with two unique Tablets, a convertible notebook and a touchbook PC. With such a broad spectrum of differing form factor interpretations for a touch-based device Acer’s attempts almost smack of a throw-enough-ideas-against-the-wall-and-see-what-sticks philosophy. Beginning with the affordable and modest-speced Iconia Tab A100. It features a 7 inch 1024 x 600 multi-touch display with a dual-core 1GHz Tegra 2 SoC  Cortex A9, with 512MB of RAM with cameras front and rear, MicroSD, SDHC slot, 8GB of storage, Accelerometer, Gyroscope, Compass, USB 2 and Micro HDMI output. The Iconia Tab A100 runs Android 3.0 Honeycomb at a competitive price point of $499. 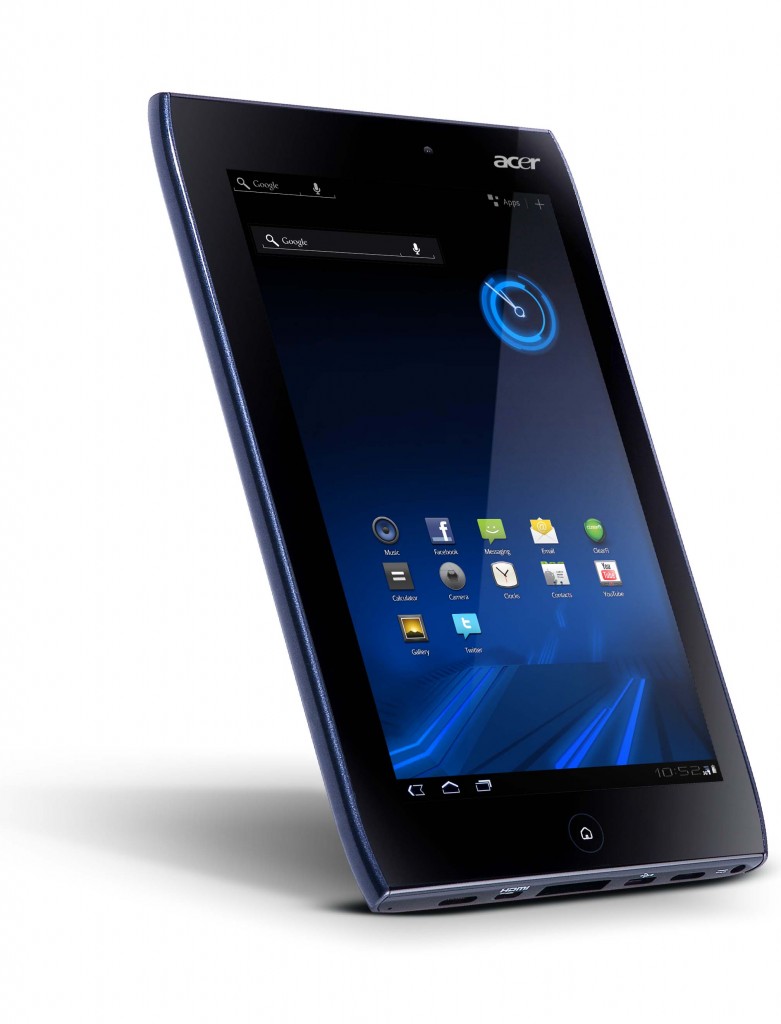 Next up is the beefier higher end consumer Tablet, the 10.1-inch Iconia Tab A500. It Features a display resolution of 1280 x 800, the same Tegra 2 SoC as the A100 but includes 1GB of RAM. The rest of the specs appear the same except for the storage options, which start at 16GB or 32GB. Incidentally, the memory slots will allow for additional storage expansion of up to 64GB. The A500 starts at $579.

Finally the show piece of the 4 new devices is the Iconia dual-screen TouchBook. The notebook does away with a conventional physical keyboard and instead uses a second multi-touch display. So thats two displays connected together. You can use the second screen not only as an input device but also as an extended display of the first. It features a Core i5 processor, 4GB of RAM, 1.3MP webcam, 640GB hard drive,USB 3.0, HDMI, WiFi, touch browser, Social Jogger and more. As you might expect this is the most expensive of the Iconia Family at $2,499. A luxury device for sure. 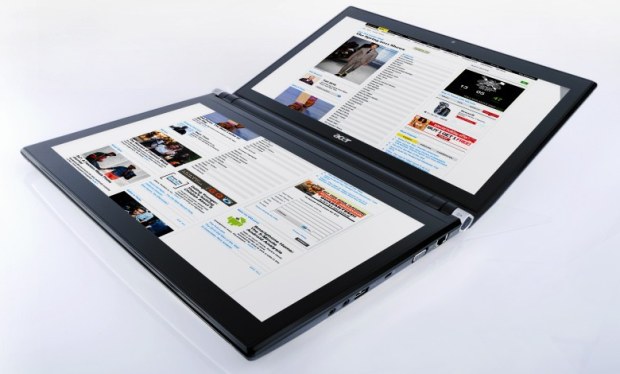