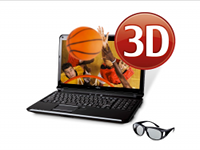 Launched at CES 2011 in January, Fujitsu have finally begun shipping their new LifeBook AH572 notebook with its unique 15.6 inch Xpol 3D filter display. In order to view the 3D effect Fujitsu have thrown in a pair of suitably geeky 3D glasses. This is one consumer notebook that offers a comprehensive range of features at a very competitive price. The specs include the latest Intel Sandy Bridge Core i5 CPU at a clock speed of 2.3GHz, which will reach 2.9GHz via Turbo Boost. The GPU is the now familiar HD 3000 with 1.7GB of shared memory. 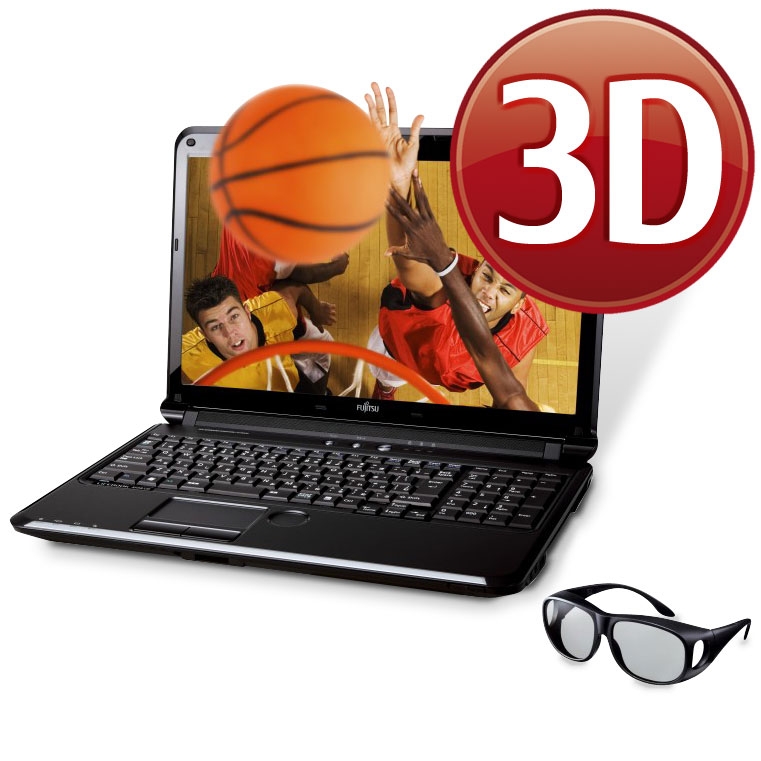 RAM starts at 4GB of DDR3 memory, storage is 500GB. Other notable features include Blu-Ray, Wi-Fi 802.11n, HDMI out, two USB 3 ports, two USB 2 ports and with its 6 cell lithium ion battery it’ll deliver almost 8 hours of runtime. So Fujitsu have delivered a fully loaded notebook that will provide a powerful consumer experience with full 3D technology at an aggressive entry level price point of just $999. Whats not to like?