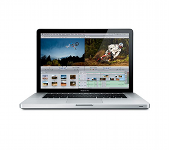 Following on from the issues related to the iTunes Home Sharing bug, it appears that the latest Sandy Bridge powered MacBook Pros launched in February are continuing to give problems. This time users are reporting freezing and hardware lockups when processor intensive tasks cause an increase in temperature in the realm of 90 degrees.

Although I was unable to recreate any such crash on the 15 inch review model we used 2 weeks ago, the Apple forums are inundated with complaints related to this issue on 15 inch model. It is not yet known if the problem is confined solely to the 15 inch or if the 13.3 and 17 inch editions are also suffering the same problem. The lockups appear to be as a result of increased system load on both the CPU and GPU so video editing and other intensive processes would likely replicate the problem. At this point we can only speculate what might be causing this, either its to do with GPU drivers or corrupt power management settings. Either way Apple are believed to be working on a fix to this issue.