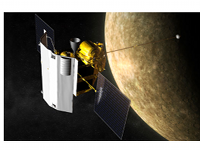 Launched in August of 2004, NASA’s tiny 485-kilogram orbiter spacecraft named Messenger, has today, Friday March 18th finally entered orbit around our solar system’s smallest planet, Mercury after a 6 year journey. Messenger’s mission is to study the chemical composition, geology and the magnetic field of the planet Mercury. The spacecraft’s name is an abbreviation for MErcury Surface, Space ENvironment, GEochemistry and Ranging orbiter. 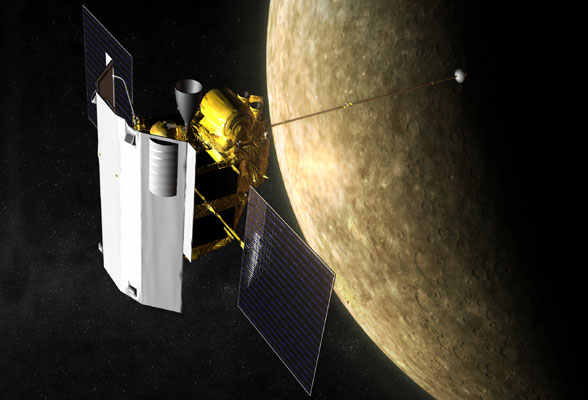 NASA’s latest communication with the spacecraft revealed all systems are functioning normally and it will be reactivated on March 23rd with the mission scheduled to begin in earnest on April 4th. This mission marks only the second time in exploration history that a spacecraft has been sent to Mercury. In 1975 Mariner 10 took several flyby pictures of Mercury as well as Venus. However, Messenger will make the most detailed analyses of the Planet yet. NASA’s administrator Charles Bolden said “This mission will continue to revolutionize our understanding of Mercury during the coming year.”