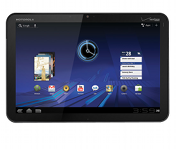 Droid Life has observed a leaked advertisement from Staples about the iPad 2 rival, the Motorola Xoom, which states it will be arriving in stores on March 27th. The leaked photo can be seen below.
You will be able to buy the tablet out right for $800 in the US through Verizon Wireless, which is unsubsidized and  the Wi-Fi only version will cost $600. 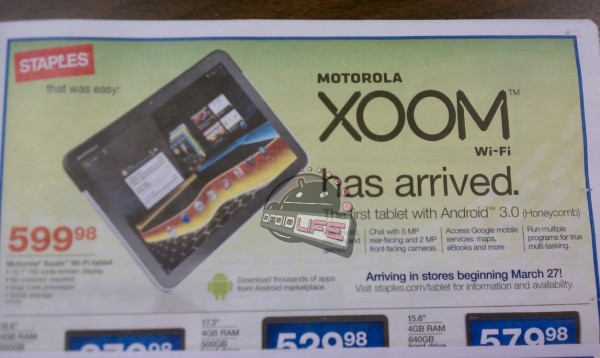 A 4G model is expected to launch during the summer of 2011.