70% of iPad 2 buyers are new customers 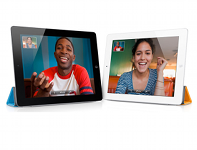 iPad 2s continue to fly off Apple retail shelves across the US. In its launch weekend alone approximately 500,000 of them have been sold. It’s a shocking figure and in fact continued high demand has forced Apple to push out shipments of the popular device by up to 3 to 4 weeks. An interesting statistic has begun to emerge of buyers so far. In a survey conducted by Apple they revealed that 70% of buyers of the iPad 2 are completely new to the iOS platform having not previously owned an iPad.

Clearly this shows that the iPad 2 has enormous appeal and has completely enraptured the public imagination. On the flip side you could also look at the startling statistic that 30% of former iPad 1st gen owners have upgraded to the iPad 2. That is an incredibly high adoption rate. In my opinion the 70% new user uptake is a clear indication that many people had been holding out for the 2nd gen iPad as they were unhappy with the 1st gen. With its thinner and lighter form factor, increased speed and addition of FaceTime cameras, clearly some people felt it was worth holding out for. Of that 70% of people, many we’re probably tempted by the original iPad but we’re extra cautious about buying one, due to Apple’s penchant for suckering early adopters into buying a first gen device that is crippled of features so they can later introduce them on an improved 2nd gen model.