HP PCs to switch OS from Windows to WebOS in 2012? 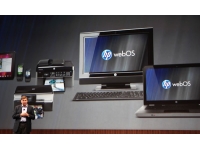 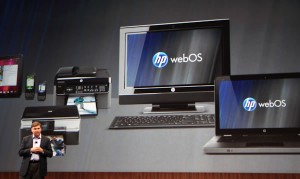 It’s a strange twist. While in the past we’ve seen full desktop operating systems transitioned to mobile devices like Windows tablets and smartphones. It’s a sign of the times when a mobile OS is installed on a desktop PC. This is what HP promise for their entire PC line up in 2012, notebooks and desktops included. CEO Leo Apotheker says they wish to make better use of WebOS, the same OS they took over when purchasing Palm Inc last year. This OS can be found running beautifully on their HP TouchPad tablet.

Of course Apple can been seen to be doing something similar in their incorporation of several iOS style features into their future OS X Lion Mac operating system. However this is not some custom WebOS UI front end bolted on top of Windows. This is full WebOS and nothing else.

HP claim that this move will entice developers to create new apps for WebOS to further develop alternative software options to leading competitors.

The question becomes, will this really work? And is it finally the right time to introduce a viable PC operating system alternative to Windows other than Linux? If successful, HP could be the only manufacturer other than Apple to have their own exclusive OS on their eco system. But theres still a massive glut of Apps for WebOS and its going to take time to close the gap. So how will this effect the Enterprise market with regard to their reliance on legacy applications and software? Small to medium businesses will still need the mainstay industry standard productivity and security features from Microsoft, Citrix, Linux and other sources. Will HP continue to even offer Windows as an alternate OS with their PCs in the future? Can this really work?