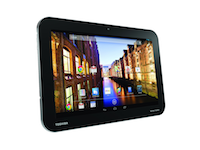 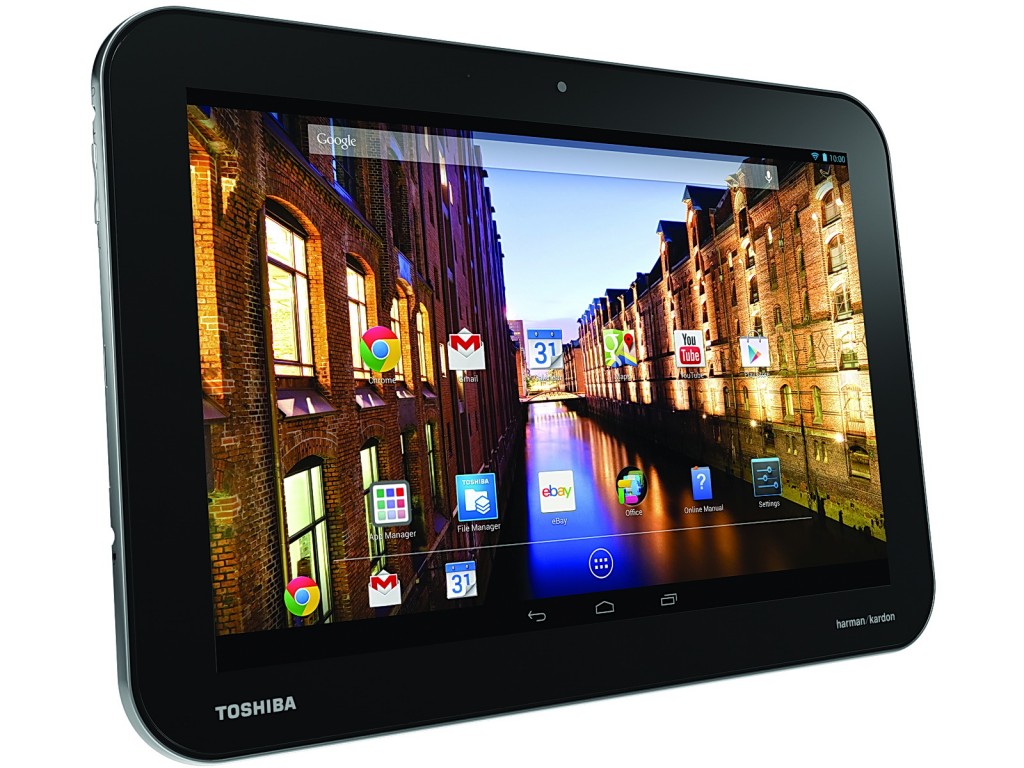 The Toshiba Excite Pro is a very powerful and competitively priced tablet that can provide an excellent alternative to an iPad Air. With a gorgeous high quality and rich display and responsive performance, this is one to strongly consider. The specs are as follows:

The Harman Kardon speakers provide excellent sound output, and while the device is sturdy and feels well built, the rear shell with its dimpled plastic texture just feels a little cheap to me. I’ve seen this on cheaper tablets and it just feels out of place here.

Toshiba include their own proprietary file manager app for managing all of your music, videos, photos and other media, which is very useful along with an app management application. There really is power to burn here with snappy multitasking and app switching, I will say however, the Toshiba Excite Pro can occasionally get a little warm in the hand. Not hot, just warm, but it’s no major issue. The YouTube video playback is great too and the sound quality doesn’t disappoint.

The front facing camera is standard fair but the rear 8mp camera is very good at delivering vibrant and beautifully saturated photos with crisp detail and nice colours. As a result, the video recording was also quite impressive.

Web browsing performance is obviously one of the most important areas to consider when purchasing a tablet. I couldn’t fault the Excite Pro in this category either, page rendering, scrolling and pinch to zoom were all top  drawer.

For more heavy duty benchmarks, I like to use games like CSR racing, which I’ve played on the iPad Air  as well as LG and Prestigio tablets. The performance was closer to the iPad with no frame rate loss and high graphical definition. For the gamers among you, there’s more than ample power for the toughest of tablet tasks. Try saying that 5 times fast.  That Nvidia Tegra 4 chipset really shines through.

If this sounds like a glowing review, it’s because it is. If you can dismiss the fact that it’s a little thick and probably a bit too heavy for its size, the Toshiba Excite Pro is a real winner and offers great value for money.