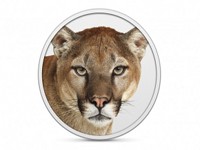 In a shocking bit of breaking news, the tech industry was taken by surprise today with the announcement that Apple are due to launch their next major release of Mac OS X entitled Mountain Lion. The news comes just 7 months after the release of OS X Lion, it’s predecessor. Due for release in the summer 2012 in the Mac App Store, it incorporates many iOS centric features such as Notifications, Messages, Twitter integration, airplay mirroring, notes, reminders and much more besides. A total of 100 new features and apps are expected to make an appearance in this 8th generation of the popular desktop operating system.

Some of the other under the hood additions include Gatekeeper, which will keep your Mac safe from malicious software, enhanced support for Chinese users, and 100s of new APIs for developers to play with. These APIs also include the ability to create cross platform multiplayer games for iOS and Mac. The double-tap zoom function may also make an appearance. The kernel ASLR has also received an update, which should provide enhanced security.

A developer preview is currently doing the rounds on the Internet so we can expect many more exciting details to emerge about Mountain Lion in the coming weeks. No doubt we will be given a sneak peak of the OS at the upcoming Apple media event scheduled for early March where the introduction of the iPad 3 is also expected. OS X Mountain Lion will be available some time in the summer from the Mac App Store and although no pricing info has been provided yet, based on recent incremental OS updates we can predict a $9.99 price tag.

Click on the video box below to play our OS X Mountain Lion discussion video.